The Great Get Together 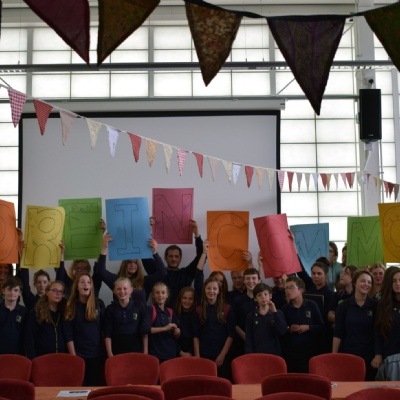 An event inspired by Jo Cox and the positive messages of unity and togetherness which she conveyed in her words and actions.

On Friday 16 June, Callington Community College students and staff joined many people up and down the country in The Great Get Together. This event was inspired by Jo Cox and the positive messages of unity and togetherness which she conveyed in her words and actions, and which students and staff in the school wanted to remember.

The event, which was held in the Sixth Form Centre, was very well attended, with students from all year groups sharing food alongside staff from all departments. While lots of people had really engaged in the bring and share banquet, special thanks are due to the maths department who did a splendid job providing a range of cakes. As well as listening to music from the One Love Manchester concert, everyone also enjoyed the entertainment provided by Daisy Mays and Eva Pascoe who did some excellent singing.

The whole event was organised by CCC's Amnesty International Group and they pulled out all the stops to make this a memorable occasion. The space was filled with bunting, balloons 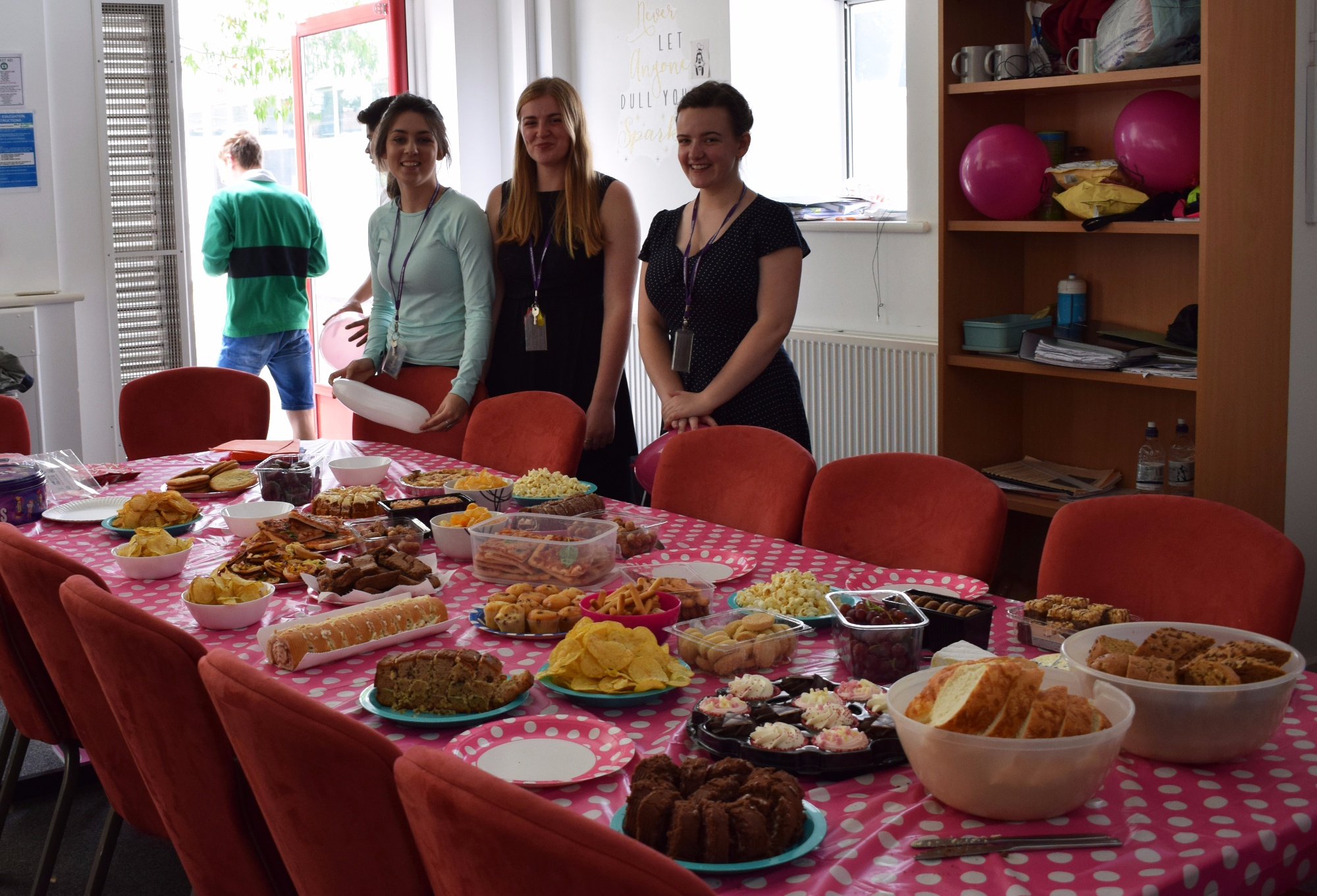 and jolly table cloths (thanks to some helpful 6th formers who strung up all the bunting). Alongside food they brought in, the Amnesty group had also organised activities which raised awareness of two prisoners of conscience in Iranian prisons, Refugee Week and also their Palm Oil campaign. They had also written 'more in common' (Jo's words from her first speech in parliament) in massive letters and a steady stream of people showed their commitment to the cause by signing these.

All in all, it was an incredibly successful event, with many people, including the Amnesty International group, saying 'we must do things like this more often'. Watch this space! 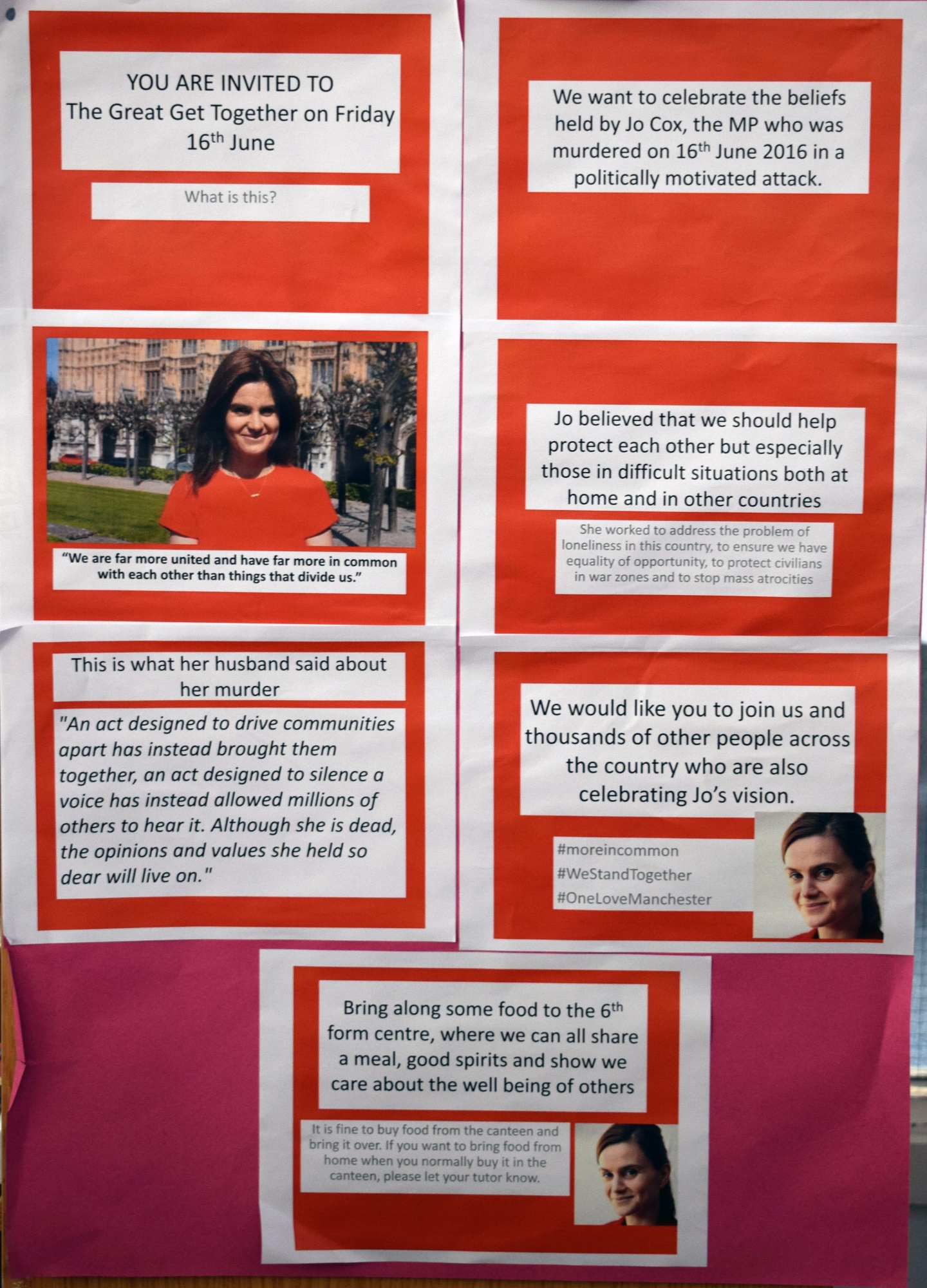 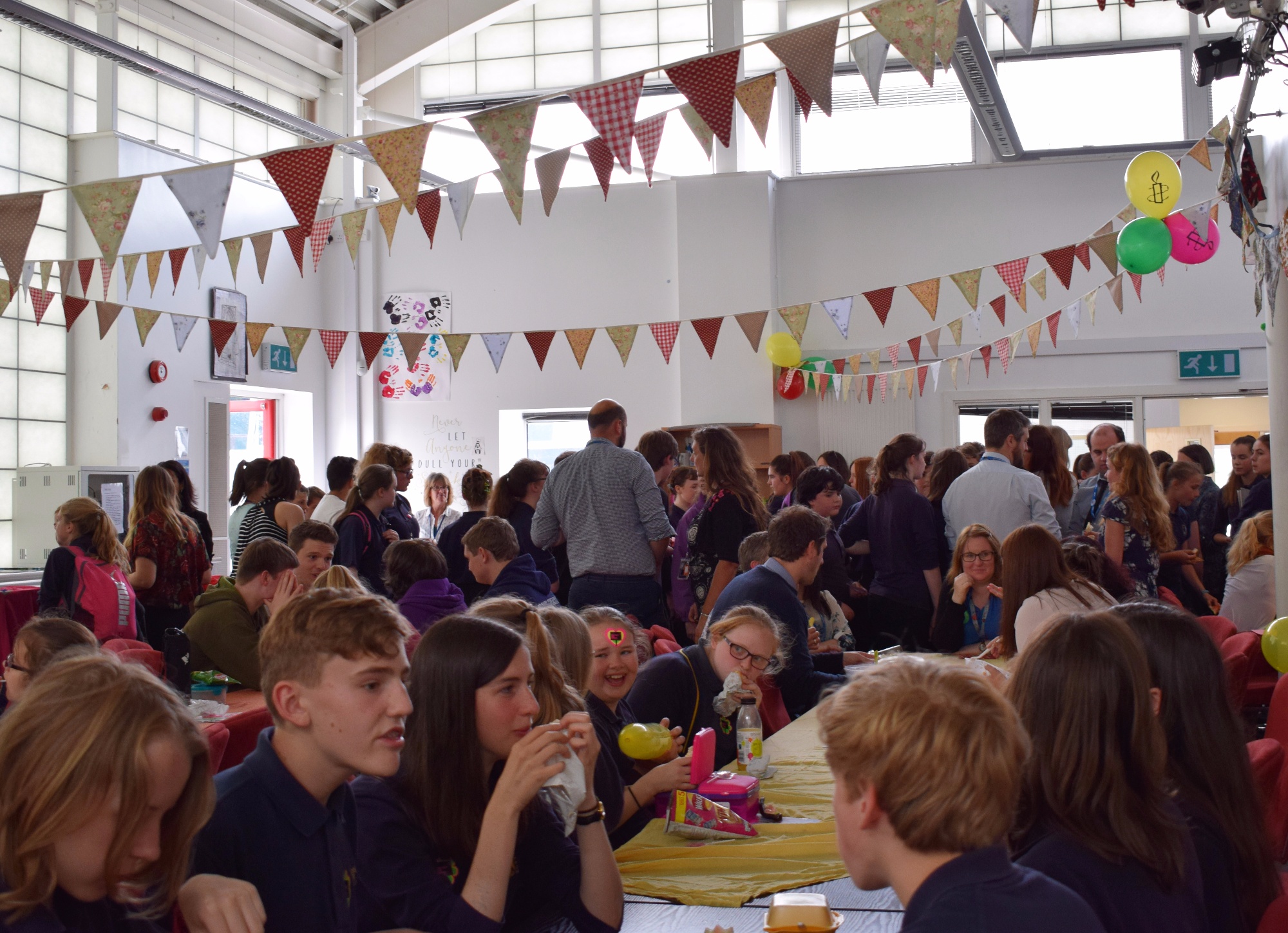 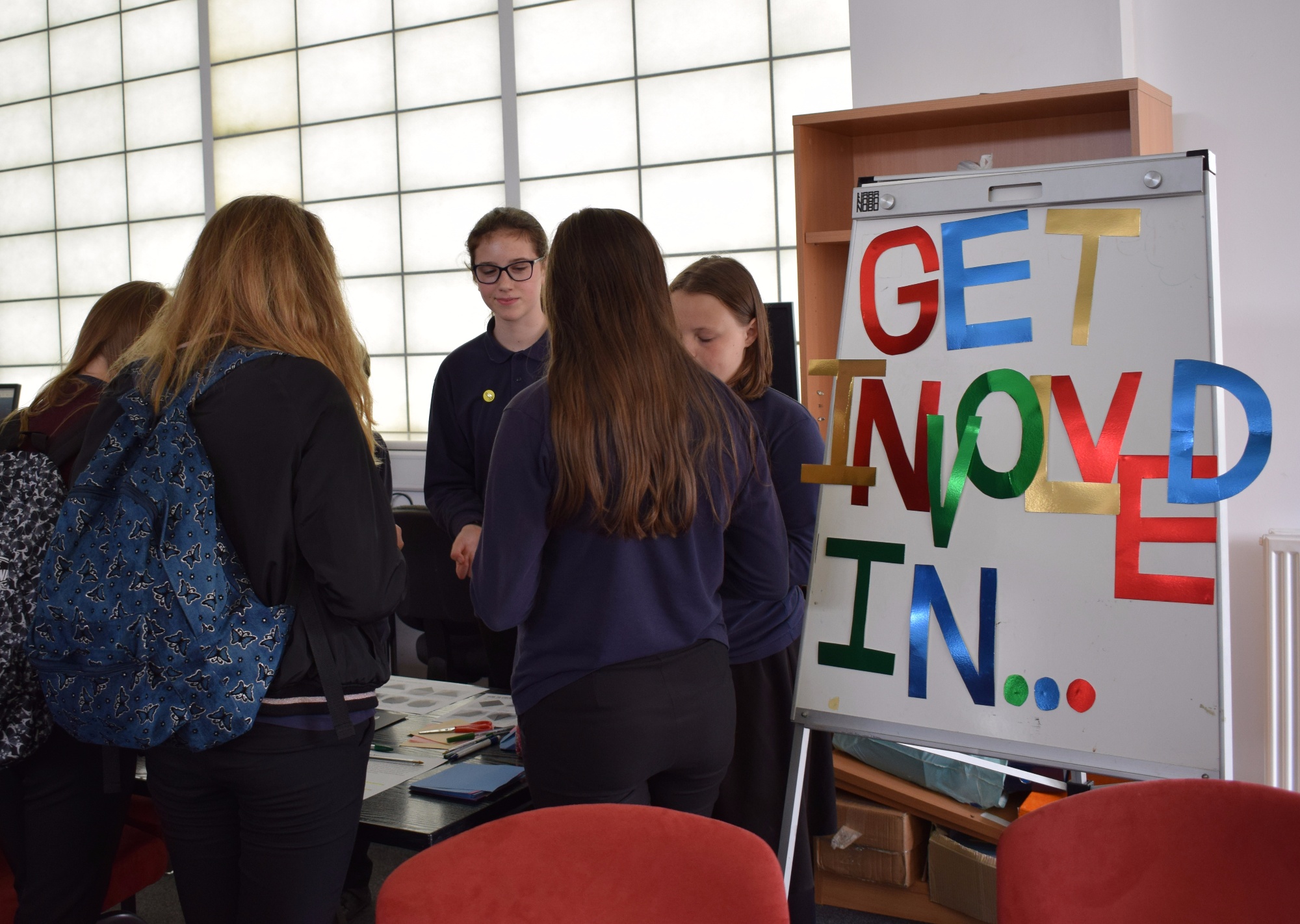 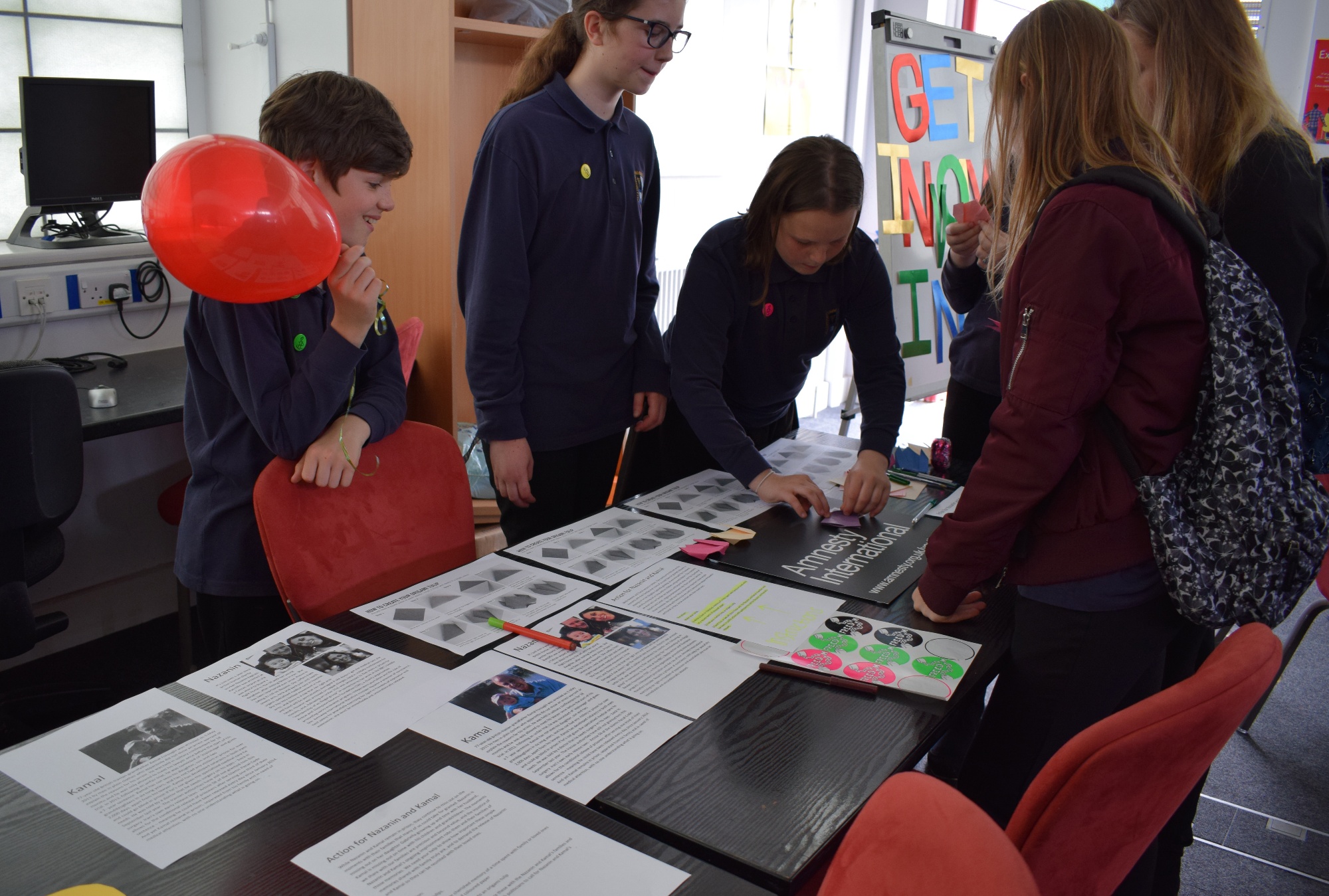 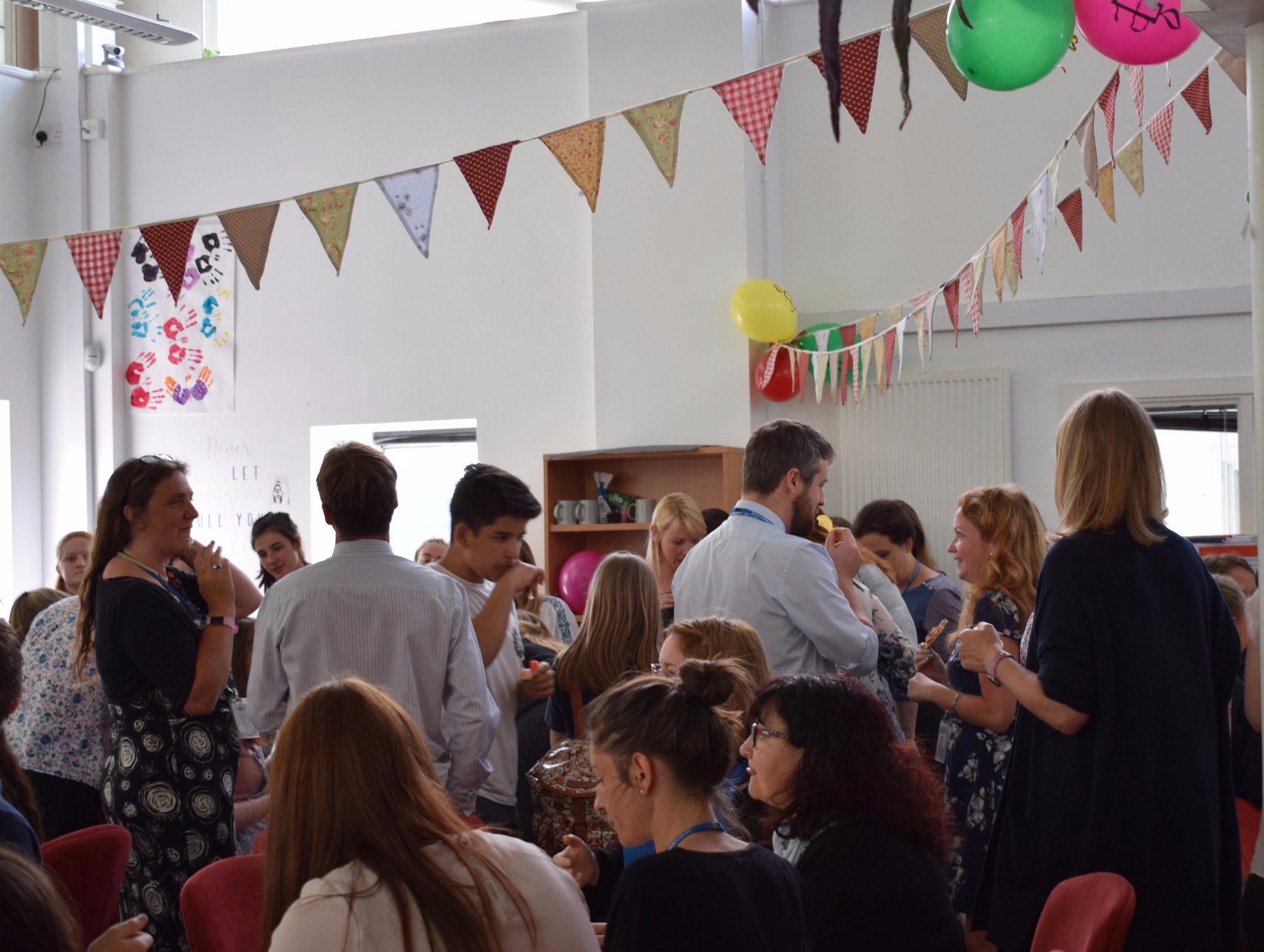