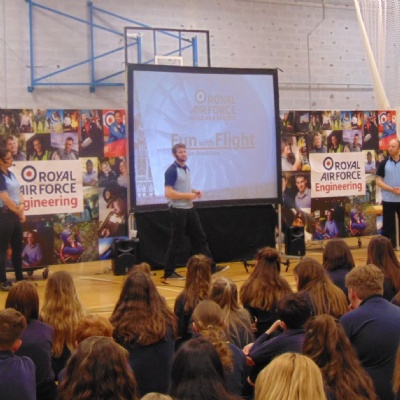 On the 26 May we were privileged to have the RAF education roadshow 'Fun with Flight' visit the school and perform to all of year 8 and 9. 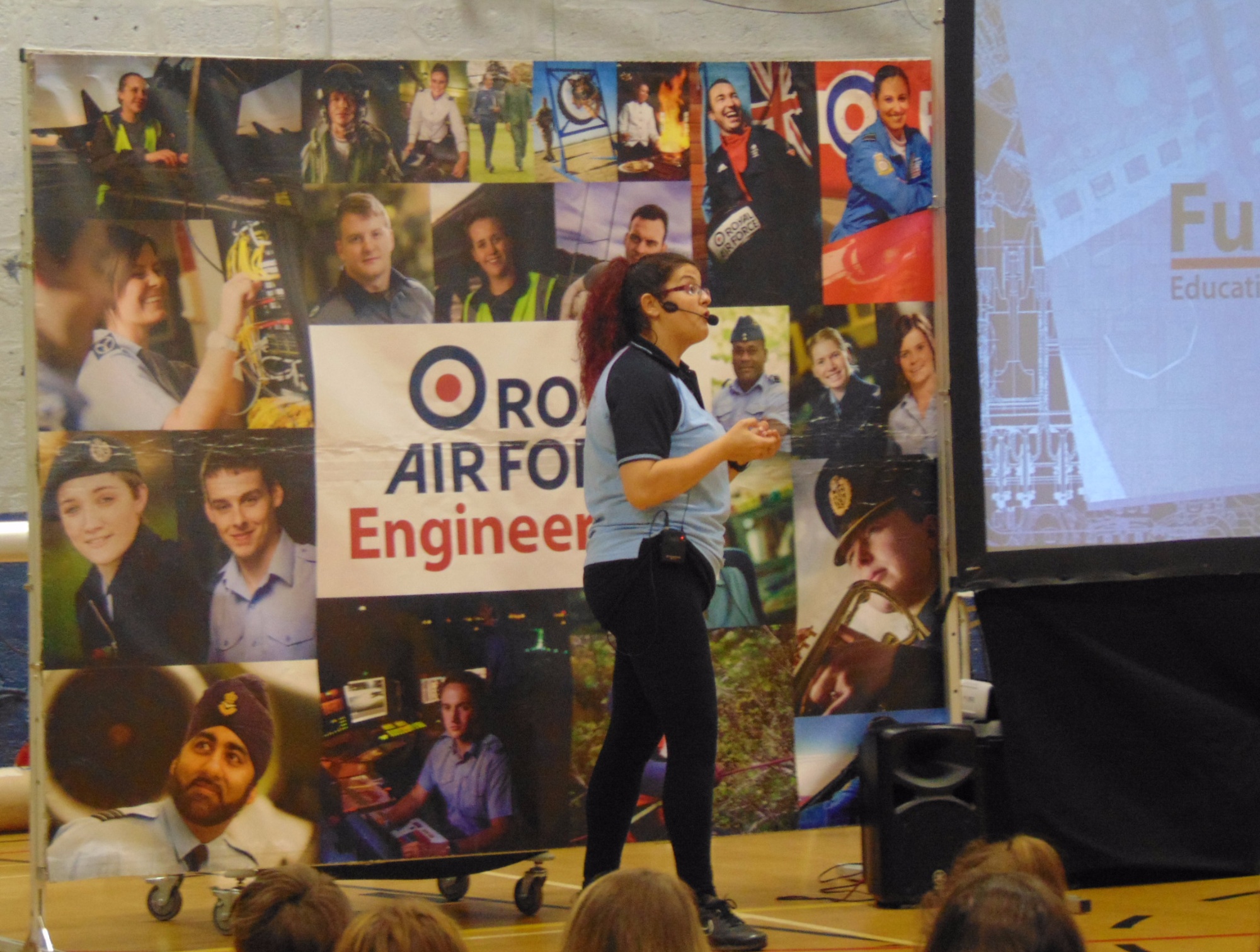 This high energy show featured a real jet engine, which was really, really loud, a huge drone which was intercepted by one of the presenters with just an ipad (to explain the growing issue of cyber security) and also a large air blower to explain how aeroplanes actually stay in the sky.

The year 8 and 9 students who watched the show said afterwards; 'it was exciting!', 'I didn't know there were so many other jobs in the RAF other than being a pilot' and 'I now understand forces better!'.

This is the first time we have had the RAF roadshow at the school and we will definitely be inviting them back next year! 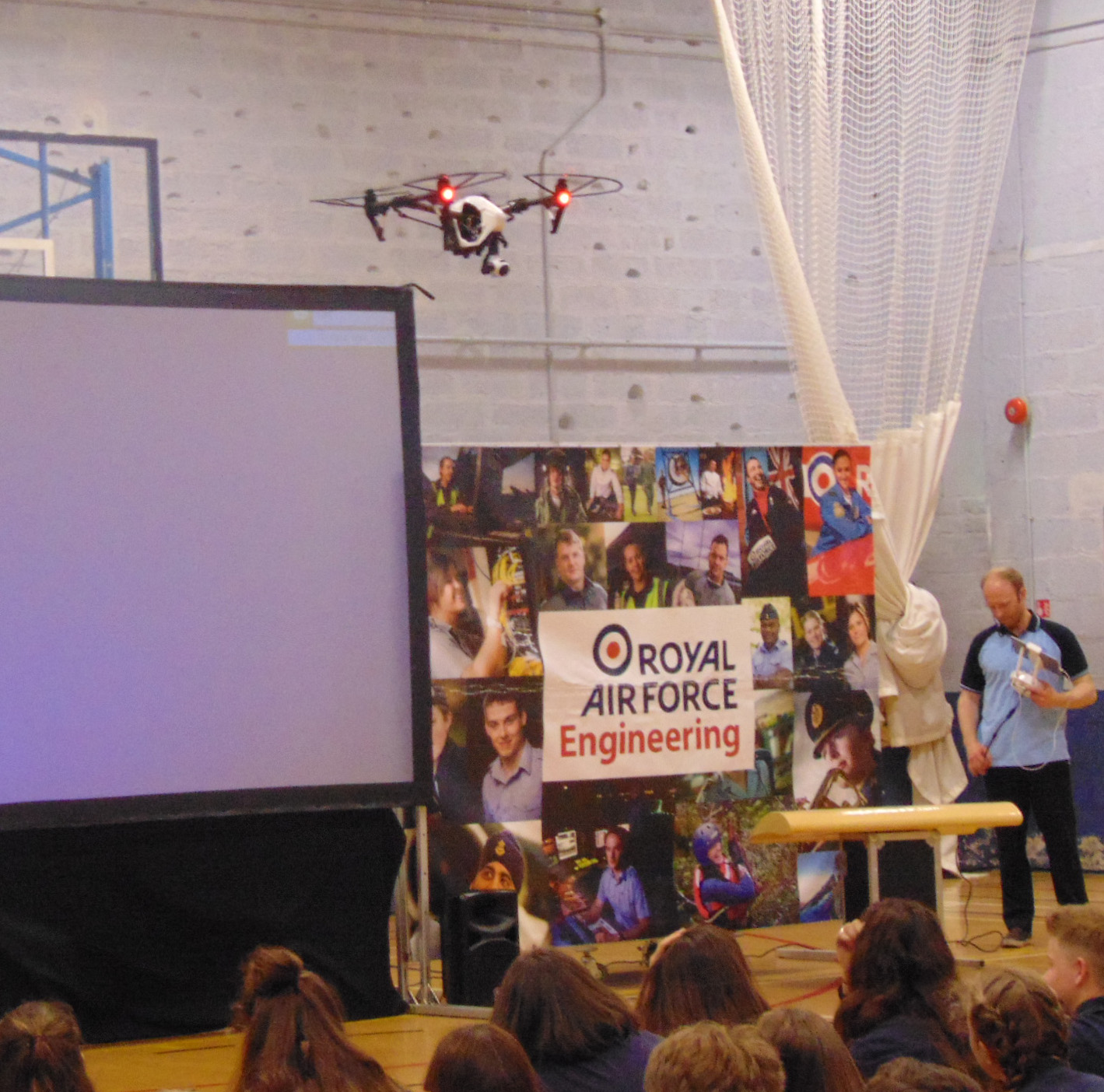 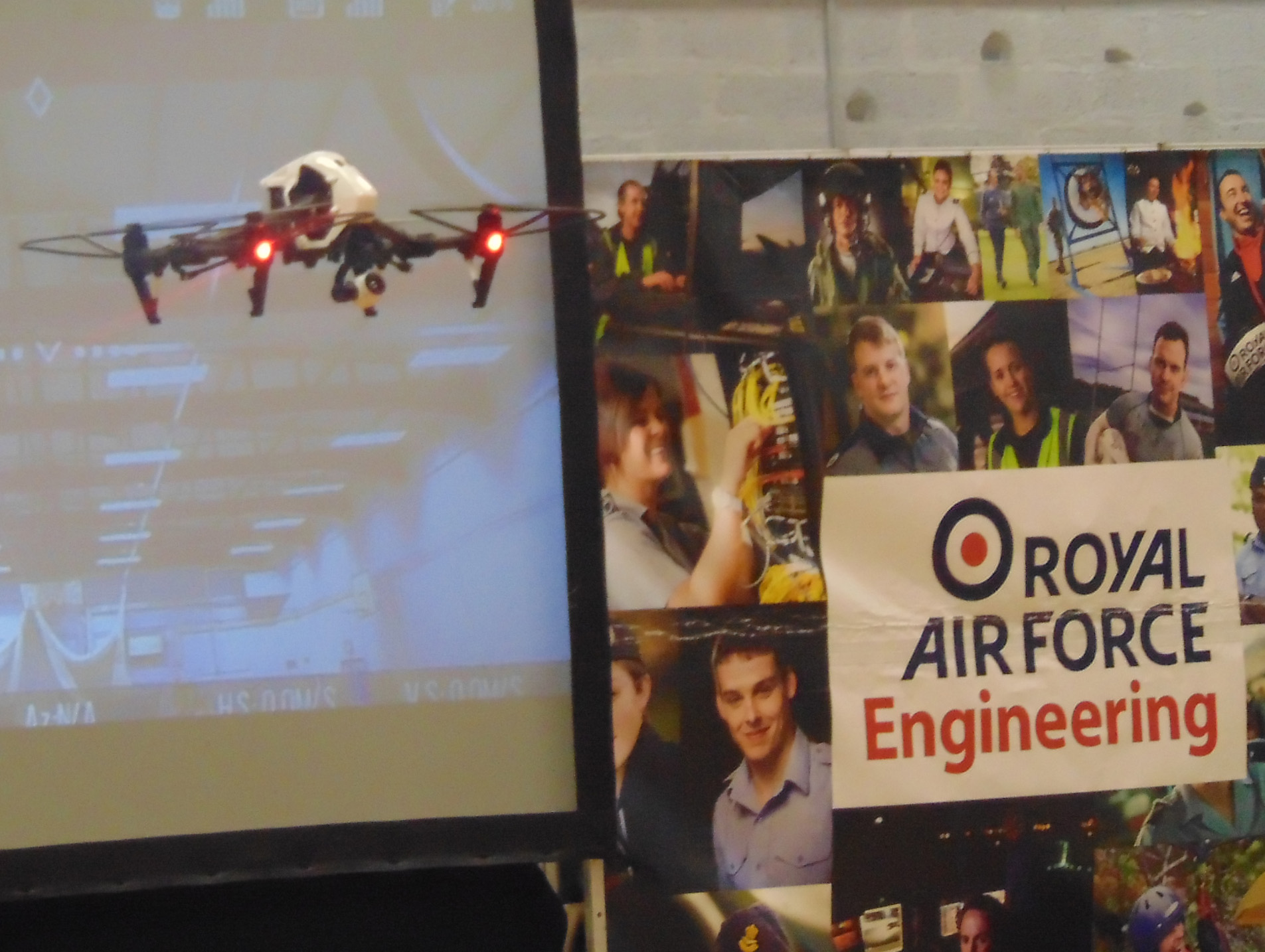