Silver for the Year 10 Basketball Team 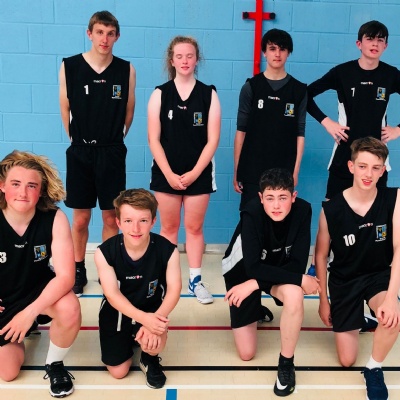 The team started strongly with convincing wins over St Ives and Richard Lander School. Newquay Treviglas provided a tougher test but were beaten by 8 clear points.

They topped our group and came up against a very strong Hayle team in the semi final, who took an early lead with two County players dominating the early exchanges.  Our squad showed tremendous resilience and skill to come back and win by 6 points.

The final against Penryn was a keenly fought contest although unfortunately they ended up 6 points short.

The team were praised for their high level of play, understanding of tactics and sportsmanship. Several players have been touted for representative selection and Emily has been invited to play for the Cornwall ladies team.